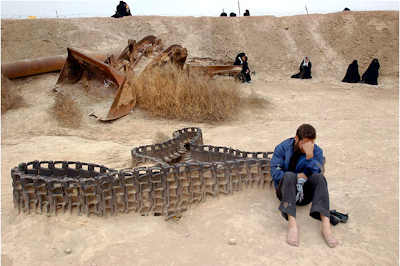 Reading the Robert Fisk book The Great War For Civilization, has brought to mind the Abbas Kowsari series Shade Of Earth. In the book, Fisk recounts at length, the horrible eight year Iraq/Iran war - aka the Imposed War. Kowsari's series documents the Rahian-e Noor (Caravan of Light) by hundreds of thousands of Iranians to the former front lines near the Iranian border. Many of the pilgrims have lost family members in the war which claimed half a million Iranian soldiers. 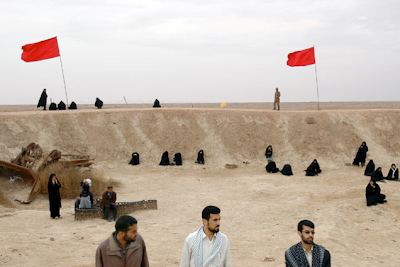 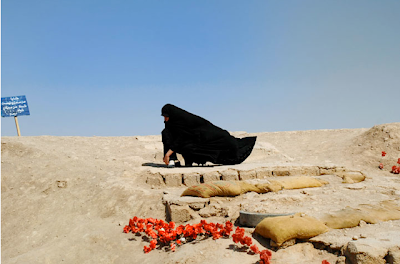