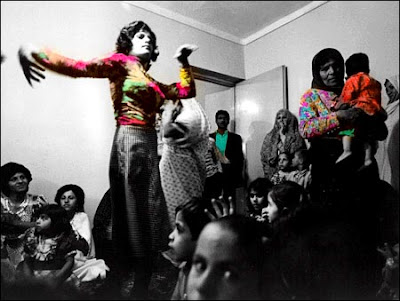 Another photographer who at times has experimented with hand coloring (aside from Youssef Nabil who is a well known example) is Iranian photographer  Hengameh Golestan.
Intimately documenting Iran for thirty years, her images give a candid look into the lives of women (and Kurds) -especially important since there were few women photographers doing so at the time. We see women and marriage surface again and again. Wedding In Khomein, with accompanying text by Golestan, is an honest and informative series that serves as historical document. Following the wedding story is Flying Free, which documents a group of women in chadors and helmets as they go paragliding in the Alborz mountains near Tehran. 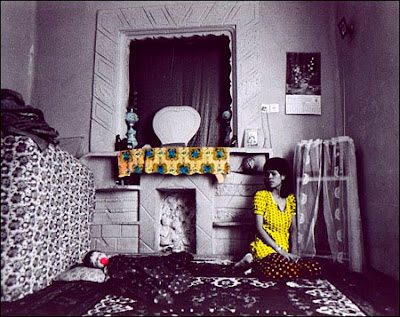 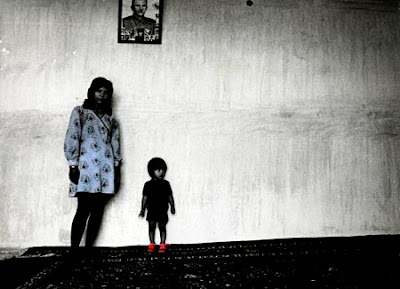 Of course, Hengameh Golestan is also the wife of acclaimed photojournalist Kaveh Golestan.
Kaveh made a name internationally through his coverage of the 1979 revolution for which he won a pulitzer prize and a Robert Capa award. A photographer and filmmaker, in 1991 he released the acclaimed Recording The Truth -a film about the situation of journalists in Iran. Photographing the Iran-Iraq war, Golestan documented the immediate aftermath of Saddam Hussein's 1988 chemical attack on Halabja, in Kurdistan. In 2003, while on assignment in Iraq, Kaveh Golestan stepped on a landmine and was killed. Recording The Truth In Iran 1950-2003

became a book of his photographs co-edited by his wife.

Speaking in June 2009 about events in Iran, Hengameh says "“This time the only difference is that news spreads so quickly.  Whatever is happening in Tehran, in five or ten minutes we can see it here.  Everybody is holding a mobile and taking pictures, and minute by minute they just send it to all the websites.  I think this time the only difference is that the news spreads so much quicker than in ’79.”

Click here  for a video of Hengameh Golestan talking about the life and work of Kaveh Golestan. 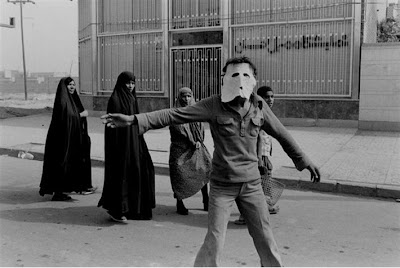 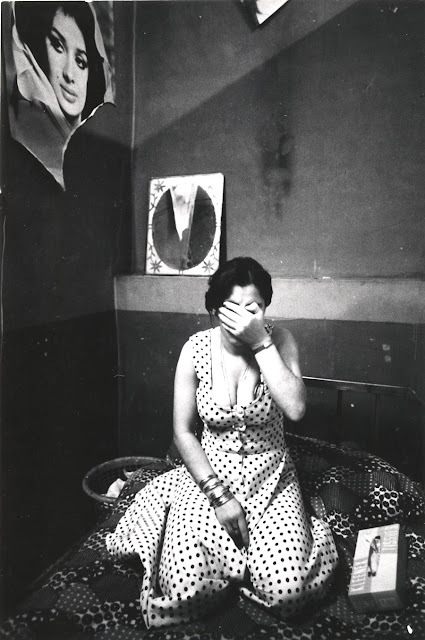