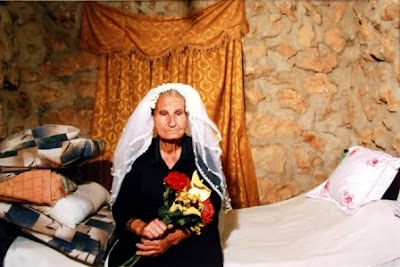 Roubaye Korab's series Old Maid, is almost the opposite to the work by Rania Matar in the previous post.
Rather than dealing with youth and the struggle to mature into who you want to become, Korab's work is a series of portraits of women over sixty who have never married. Rather than about the life of potential and possibility that lays before them, Old Maid has a mostly somber feeling of loneliness and unfulfilled dreams. That description, and the title of the series may seem harsh, but it's likely that Korab has intentially named and created the images that way. The series seems to more than hint at Korab's idea of what the life of an unmarried older woman must be like. It perhaps also speaks to her fear of becoming an Old Maid herself.
Photographing her subjects wearing a bridal headpiece because it's "A moment they've never lived." insinuates it's a moment they wished to live. It would be interesting to know if that is indeed the case for all of her subjects. 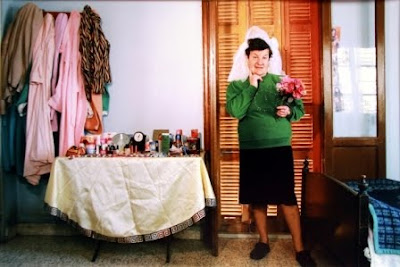 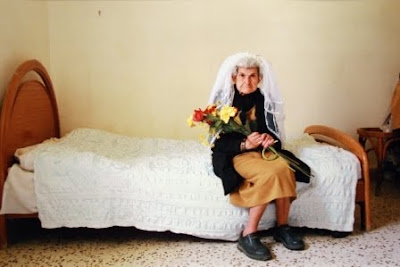