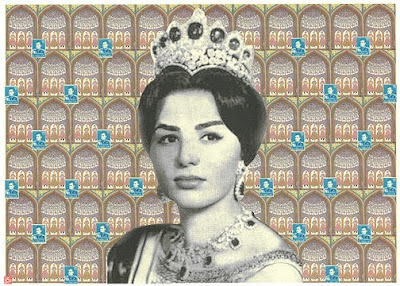 Afsoon is an Iranian artist who's work could be considered printmaking as much as it could be photography. More-so in fact, since the photos which her works are based on are appropriated. Though not taking the images herself, the portraits are central to the works. Appropriation is a topic we are continuing to see discussed more and more frequently and a number of photography blogs have devoted large amounts of text to the subject. Conscientious alone yields 26 entries when "appropriate" it typed into the search field.
The photographs, in the case of Afsoon's work, are generally official looking portraits of politicians or high profile citizens. The images are re-photographed and through a number of generations, are blended into a final artwork that has much in common with a postage stamp by the time she is finished.
Afsoon's 2009 series Fairytale Icons, draws on mostly Iranian characters from her childhood in the 60's and 70's. As Afsoon explains, "As a child I was told many fairy tales of beautiful princesses and brave heroes. They faced life's challenges and always emerged happy and victorious. I believed in fairy tales. My chosen icons lived expectantly. hoping, wishing, dreaming. They were loved and admired and they fulfilled many of their hopes and dreams. But what happened to them in the end? Did these fairytale icons really live happily ever after? And if not, what chance do we have of a fairytale ending?" 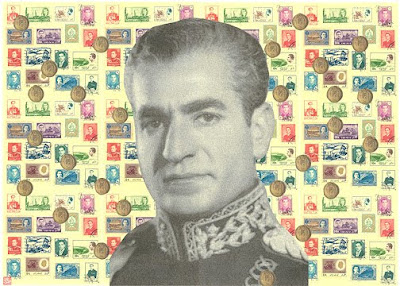 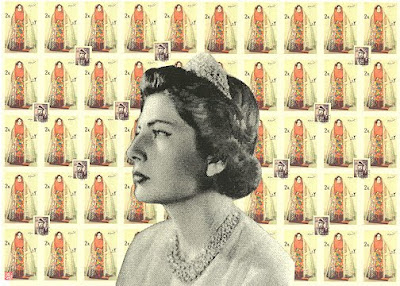