Photographer, video and installation artist Hala El Koussy has created an enormous mural comprised of forty-eight panes and totaling ten by thirty feet. The Myths and Legends Room - The Mural, weaves a story which borrows facts and not so factual events and experiences from real life in Cairo, as well from myths and legends. It depicts both historic and recent events, and as curator Jelle Bouwhuis - winner of the Abraaj Capital Art Prize along with El Koussy writes over at Universe in Universe,

"For a better understanding of the Mural's creative background, first reference has to be made to commemorative wall paintings such as those in the National Military Museum in Cairo depicting various war scenes from Egypt's history, the heroism of the military, and its popular support. The Mural hints at this reference through the representation of a scene from the October War Panorama, which celebrates the 1973 victory over Israel. In the Military Museum, some of these paintings are hierarchically centered on the main protagonist, the military leader. In El Koussy's mural this central figure, the Black Soldier, who sports a prosthetic cow leg and a fishing net as his sole weapon, is rather an anti-hero inspired by the Egyptian writer Youssef Idris' short story dealing with state brutality in the pre-revolution era.

The mythical and the legendary in the Mural are not only specific events. They are responses from within the highly complex entity that is the city, dealing with the overarching, imposed state control and its means of self-propaganda that penetrates the media and the educational system, resulting in political apathy and constituting an ever-changing and constantly self-stabilizing structure through the interests and belief systems of millions of pressurized individual inhabitants." 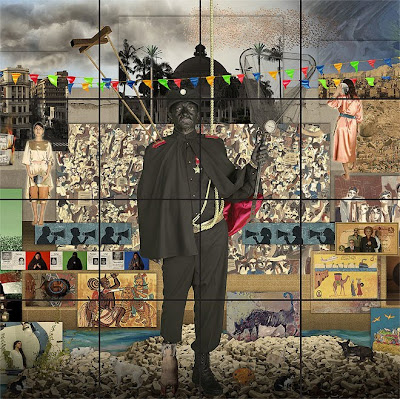 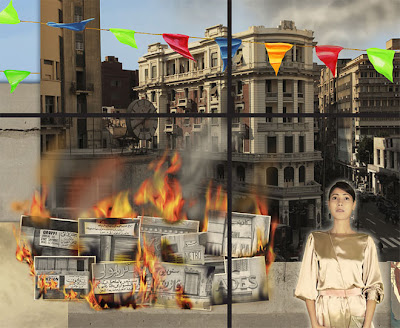